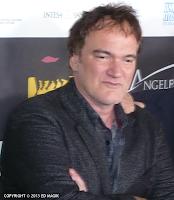 Quentin Tarantino was heralded for his great accomplishments as a modern-day filmmaker.  Tarantino gave an animated acceptance speech. 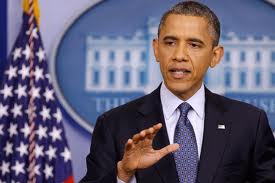 WASHINGTON (February 19, 2013) – About three out of four Latinos believe that climate change is a serious problem and a substantial majority support President Obama using his authority to reduce its main cause: dangerous carbon pollution, according to a national poll of 1,218 registered voters conducted after last week’s State of the Union speech for the Natural Resources Defense Council (NRDC). The poll included an oversample of 183 Latinos. 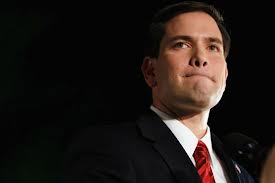 The survey findings are a clear rejection of the dismissive tone taken by Senator Marco Rubio in his response to Obama’s State of the Union address. Rubio shrugged off the need for action on climate change, saying “our government can’t control the weather.”

Latinos clearly disagree with Rubio, with a strong majority convinced that action is needed soon to reduce a real threat of climate disruption.

Released on the heels of the hottest year ever in the U.S. and one marked by extreme weather, the poll of Latinos conducted by Public Policy Polling for NRDC found:

Adrianna Quintero, director of Voces Verdes, said: “These poll findings clearly show that President Obama speaks for Latinos on climate and clean energy issues. Latinos do not agree with Sen. Rubio that we should stand by and do nothing in the face of the ravages of climate change. The best way to strike back is to reduce the dangerous carbon pollution from our dirtiest power plants, the single greatest threat to our climate’s future. Latinos are counting on bold action and leadership– for the sake of all of America’s children.”

Other key poll findings include the following

Tom Jensen, director of Public Policy Polling, said: “This survey certainly debunks any notion that Sen. Rubio is the voice of Latinos on climate change. What is perhaps most striking in the findings is that Latinos back President Obama’s climate change and clean energy agenda even more strongly than it is embraced by the broad cross-section of American adults. Right across the line, Latinos see climate change as a serious problem happening right now that requires an engaged President who takes the initiative to crackdown on industrial carbon pollution.”

The extreme weather events of 2012, from record heat waves to large-scale drought, from raging wild fires to Hurricane Sandy, raised public awareness of climate change and public support for taking action to address climate change and one of its chief causes: industrial carbon pollution from power plants.

Today, the hundreds of power plants across the country have no restrictions on the carbon pollution they emit into the atmosphere. NRDC has offered one way for President Obama to use his authority to significantly cut carbon pollution by 26 percent by the end of this decade.

The low-cost, high-benefit plan would create thousands of clean energy jobs making homes and buildings more energy efficient while protecting people from asthma attacks and heart ailments and  saving families as much as $700 a year in electricity bills. More information about this plan can be found http://www.nrdc.org/air/pollution-standards/.