By Pete Allman
On the second day of the court proceedings, Dr. Conrad Murray is accused of killing Pop Icon, Michael Jackson by District Attorney, David Walgren. Mr. Walgren said Standard Care was not used by Dr. Conrad and that it is a gross negligence. Dr. Conrad ordered gallons of Propofol to administer to Jackson, where he gave him daily injections over the amount normally used, several times a day. It's as if he were a dope pusher, according to some fans of Michael Jackson. Propofol is a sedative that is usually administered to patients who are undergoing surgery or other medical procedures.
It is a fast acting drug, with most patients losing consciousness in a matter of seconds.
Michael Jackson was injected daily with Propofol, several times a day by Dr. Murray. There was no Standard of Care. The proper medical equipment such as oxygen, cardiac monitoring devices and not to mention there was no anesthesiologist or nurse present during these injections. This is a total breakdown of hippocratic principles of medical care. In his opening statement, District Attorney David Walgren stated very strongly that Dr. Conrad Murray abandoned all principles of medical care. This gives the district attorney and jury enough evidence for the medical board to revoke Dr. Murray's license.
Furthermore, Dr. Murray took a life. A four year sentence is hardly the case here. Involuntary manslaughter should carry a much longer sentence, perhaps 30 years.
The defense lawyers for Murray, Ed Chernoff and his co counselors, Nareg Gourian and J. Meshad Flanigan argued that Jackson had taken drugs prior to being administered Propofol the night of Jackson's death on June 25, 2010. They also brought into evidence Dr. Arnold Klien, a Beverly Hills dermatologist who they said was partly responsible for Jackson's death. Dr. Klein issued Demerol to Jackson on a regular basis. His withdrawal from that Demerol addiction was what kept Jackson awake despite Murray's efforts to put him to sleep with sedatives. Michael Amir Williams who worked for Jackson the last two years of his life was asked by defense lawyer Ed Chernoff whether he went to Klein's office with Jackson.
"At a certain point, it was very regular," Williams said.
Chernoff then asked Williams whether he heard Jackson talk slowly with slurred speech, as he did on an audio recording played in court Tuesday.
"Not that extreme, but I have heard him talk slow before," Williams said.
One of the endearing thoughts about the loss of Michael Jackson came from Gloria Rhoads Berlin, Michael Jackson's friend and real estate broker.
"I've known Michael since he was 12 years old. He gave unselfishly in helping people of all walks of life internationally. Michael was kind, intelligent, and a multi talented person. He believed in the good of mankind."
Berlin is the author of "In Search of Neverland," the story of her friendship with Michael Jackson and how she found him Neverland, where he built his paradise. She is making the book into a feature film. According to her, Jackson's positive life and how he inspired people will be revealed in the movie.
Jackson's security guard Faheem Muhammad, who often drove Jackson, followed Williams on the witness stand Wednesday afternoon.
"There were times he would go almost every day to Klein's office and Jackson would often appear intoxicated when he left," Muhammad testified.
Jackson once told Muhammad that his frequent trips to the dermatologist were for treatment for a skin disease.
"My doctors tell me that I have to go, so I go," Muhammad said Jackson told him.
Pete Allman is a Las Vegas-based commentator, broadcast personality and celebrity interviewer. He also produces inspirational messages for television and other media. Contact him at peteonthescene@yahoo.com or (702)265-9099. Visit www.CelebrityScene.com
Posted by Ed Magik TV at 6:56 PM No comments: 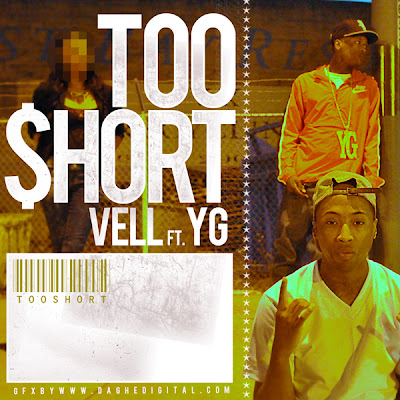 Toccara Jones, Bachelors, and Friends at The Ultimate Merger 2 Viewing ...

Through a series of challenges, both relationship- and business-driven, Toccara attempts to choose a mate from a stable of 14 bachelors.

For additional information about The Ultimate Merger, visit: http://www.tvoneonline.com

Note this video was recorded shortly after Season 2, Episode 4 was being aired.

Note this is a direct copy of the original press release sent to Ed Magik TV.
THE MUSIC CENTER INVITES HIGH SCHOOL ARTISTS
TO STEP INTO THE SPOTLIGHT 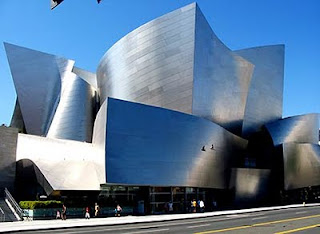 LOS ANGELES —The Music Center invites Southern California high school students in the performing and visual arts to apply to Music Center’s Spotlight Program. Now in its 24th year, Spotlight is one of the nation’s premier arts education and scholarship programs for teens, providing arts training by professional artists and awarding over $100,000 in scholarships.

Music Center’s Spotlight Program is free and open to all students who attend high school in Los Angeles, Orange, Riverside, San Bernardino, San Diego, Santa Barbara and Ventura counties. Students of all talent levels are encouraged to apply, and there are no fees to participate. Every student who applies to Spotlight will have the opportunity to learn through professional feedback and gain valuable knowledge to improve their art and audition skills. Applications are now available online at musiccenter.org/spotlight. Performing Arts applications must be received by October 17, 2011, and the Visual Arts application deadline is December 1, 2011.

Spotlight was developed to offer distinctive learning opportunities to Southern California students at every stage of artistic development. According to Jeri Gale, Director of the Music Center’s Spotlight Program, “Spotlight is a safe haven for participants to learn how to audition and gain confidence and self esteem, knowing they are better prepared for the next step in their artistic pursuits. We provide a nurturing environment where young artists can come and make mistakes, learn about themselves and have fun while doing it.”

All students enrolled in the program work with professionals to develop audition skills and knowledge in their performance and visual arts disciplines. Performing Arts categories are ballet, non-classical dance, classical voice, non-classical voice, classical instrumental, and jazz instrumental. Visual Arts categories are photography and two-dimensional art. Students who are selected by professional judges to advance as semifinalists participate in master classes, compete to perform at the Music Center or exhibit their artwork in a professional art gallery, and receive cash scholarships totaling $100,000. First Grand Prize Finalists in each category receive $5,000 scholarships and runners-up, $4,000. Honorable Mentions receive $250 scholarships and semifinalists receive $100 scholarships.

For more information about the Music Center Spotlight program, visit musiccenter.org/spotlight or join the conversation on facebook.com/spotlightawards.
Posted by Ed Magik TV at 10:36 AM No comments:

Exclusive Interview: Thomas King "It Starts Tonight" at On the Rox

Exclusive Interview: Thomas King "It Starts Tonight" at On the Rox
International Rock music sensation Thomas King performed at On the Rox last month to a standing crowd of rockers. King's performance was dynamic and reminiscent of such classic performers like David Bowie and Tom Petty; but with the edge of contemporary style. His lyrics are infectious and timeless. Once you hear Thomas King's music, you will want to put it on repeat in order to play it over and over again.
For more information about Thomas King, visit his website: www.ThomasKingMusic.com
Follow Thomas King on Twitter: http://www.twitter.com/ThomasKingTweet
Download free music from Thomas King at Facebook:  http://www.facebook.com/pages/Thomas-King/114841107656
Posted by Ed Magik TV at 4:10 AM 1 comment: